A MONTH OF WINTER VEGGIES: KOHLRABI 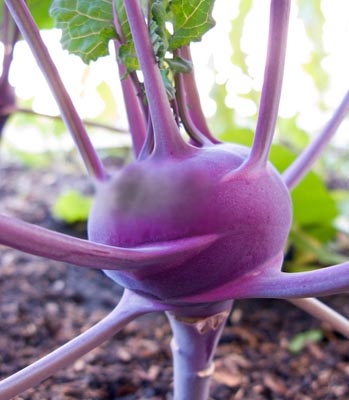 Now here’s a veggie totally suited for a WTF, CSA? blog. This veggie is sometimes called the sputnik of vegetables and its name is just as foreign as its appearance: the Kohlrabi (cole-raw-bee). In their “Best of 2014” issue, Time Magazine predicted Kohlrabi will replace Kale as the hot veg of 2014. Personally, I think they’re dreaming, but just in case, let’s keep you on the cutting edge.

Kohlrabi is sort of like a cabbage in taste, sort of like a turnip in shape and sort of like the stalk of a broccoli in texture. The bulb grows on a swollen stem…kohlrabi, we’re happy to see you too!

It’s a dependable grower in the winter garden, just beware that it has shallow roots so don’t go too crazy digging around it. Kohlrabi also keeps for a good long time in the fridge and even longer in a root cellar. We have a lot of those in L.A. (not). There is both a green and a purple ‘rabi…go purple if you can. It tends to be sweeter.

Both the leaves, bulb and stem are edible. As is the case with many veggies, a smaller specimen will prove more tender. Harvest when 2” in diameter. Cut the kohlrabi about an inch from the bottom stem and remove the side and to stems. The leaves can be enjoyed as well.

If you harvest a small one, you don’t need to peel off the skin but just slice off the woody base. Medium to large kohlrabi need peeled…there may even be a woody layer underneath the skin. Peel that as well.

Kohlrabi can be eaten raw or grated, diced, or julienned in salads and sautés. It is often pickled. I love this mustardy recipe.

Roasting is a very popular way of preparing lots of vegetables. The process brings out the deep flavors of the veg and what couldn’t be easier than a dice, a toss in oil, salt and pepper and turning on the oven? Here’s a beautiful recipe from a great site, The Urban Vegan, that utilizes the whole kohlrabi, kit and caboodle. 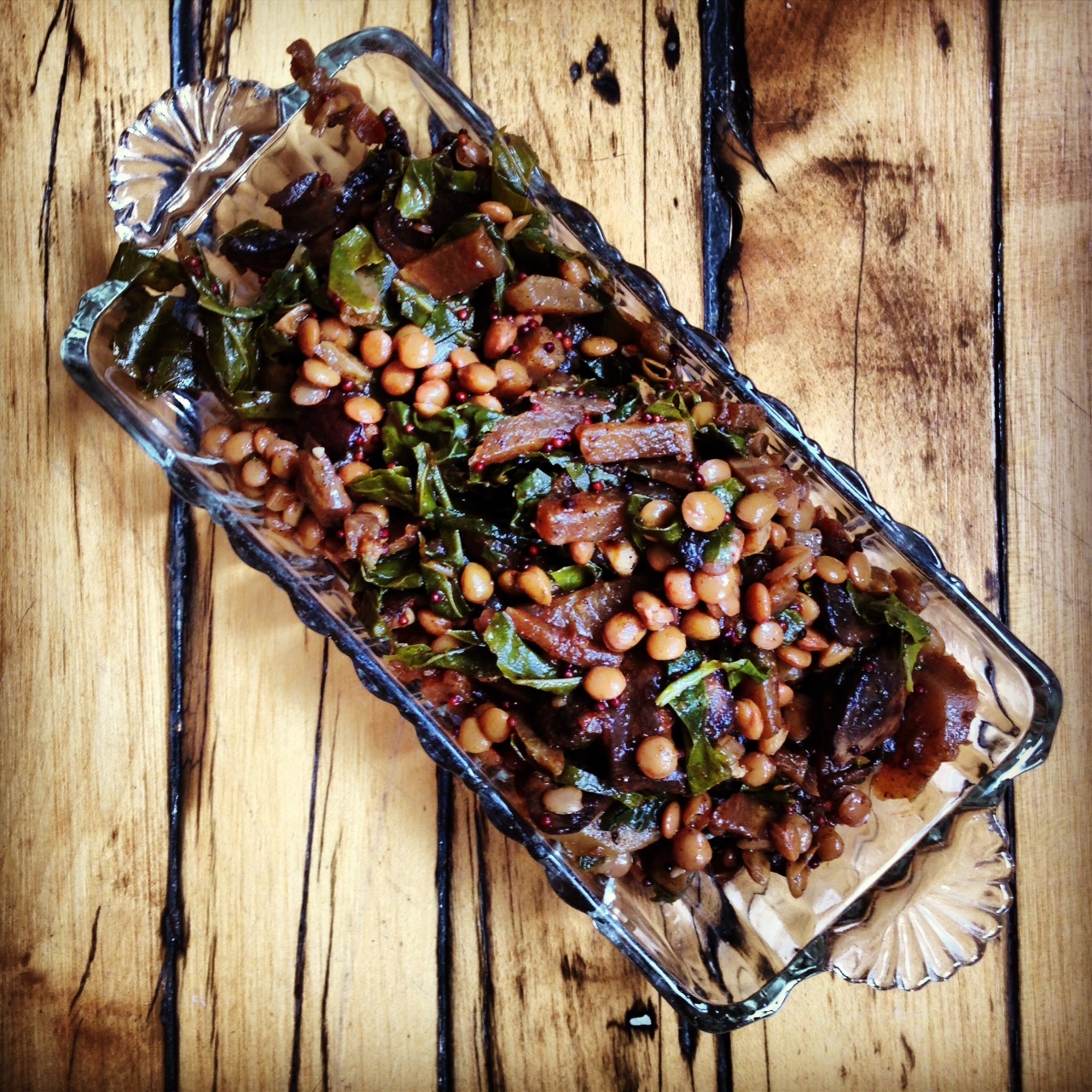 We talked in the last blog about how the word and the concept of the French “tartine” made veggie prep exciting and romantic, even though it basically means: open-face sandwich. Well move over Frenchie, here comes another sexy version of this idea from the Italians: the “crostini.”

Crostini (“crostino” to be linguistically correct) means “little toast” in Italian. Small slices of bread are brushed with olive oil and grilled and then topped with scrumptiousness. This next recipe for a fresh mozzarella & roasted kohlrabi crostini takes open-faced sammie to a new level.

Another great prep for veggies involves the super fun, dubiously dangerous, obviously Italian, and hell, I’ll say it again, SEXY little kitchen tool called the mandoline You will need to slice your kohlrabi super thin to make this….carpaccio of vegetables? Now normally, carpaccio to me would mean some super-thin sliced and well-seasoned raw beef (yee-HAW) but today we are talking about garden-based foods. Seriously though, I thought to myself, what a great concept to make a carpaccio of vegetables? And then someone said radishes and then someone else said blue cheese and I was like, WHAT? Where’s the recipe? 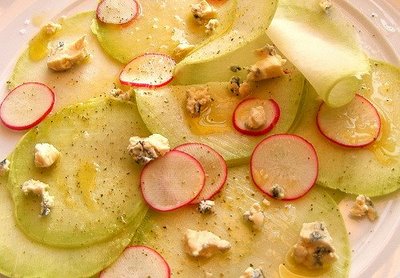 You know we aren’t done there….Kohlrabi is actually used quite a bit in Indian cooking, which is one of my favorite cuisines. (They have a crispy bread by the way…kind of more of a cracker, but go find yourself some Papadam and report back). This recipe is a bit more involved but I know you like a challenge every now and then. This recipe for Noolkoi Kohlrabi Kalan has the words gravy and sour curd in it so…invite me over! 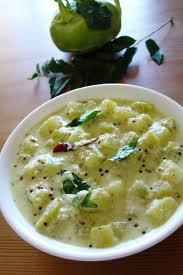 Now for something simple to wrap things up. We’ve talked about some of my favorite words (gravy, Italian…) but how about home fries? How about Kohlrabi Home Fries? It’s got the cumin and curry to satisfy the Indian-food longings I just fanned in you, but the ease to remind you that your just an American for God sake’s. A hungry American with kohlrabi to burn. Enjoy your sputnik my friends! Till next time…. 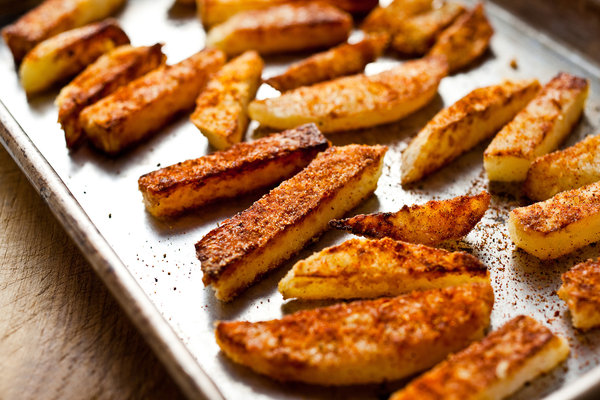 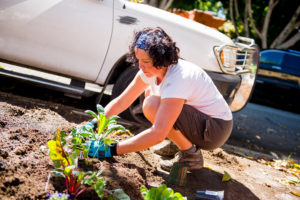